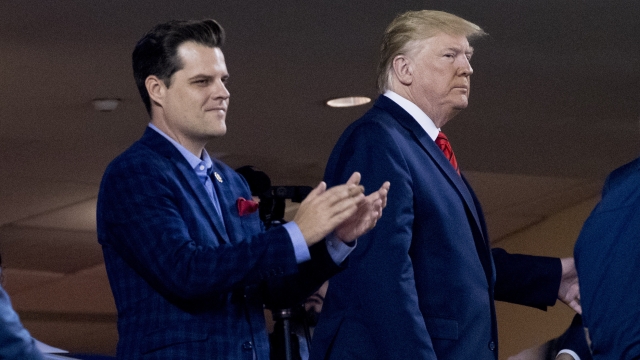 That information is coming to light as Gaetz is being accused in a sex trafficking investigation.

He reportedly wanted a blanket preemptive pardon from Trump.

According to The New York Times, it's unclear if Gaetz knew about the federal probe against him at that time.

Investigators say Gaetz was involved in sexual misconduct with a 17-year-old girl and paid for her to cross state lines for sex. He denies the allegations.