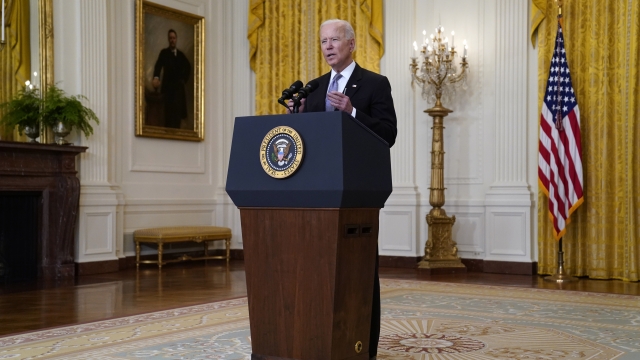 SMS
Report Says President Biden Working On Pardon Policy
By Robin Dich
By Robin Dich
May 18, 2021
Traditionally, presidents wait until the end of their term to issue pardons.
SHOW TRANSCRIPT

The Biden administration is reportedly working on a pardon process with the president possibly issuing acts of clemency before the middle of his term.

Traditionally, presidents wait until the end of their term to issue pardons.

The White House did not offer details about President Biden's plan, but said it will focus on racial justice and equity.