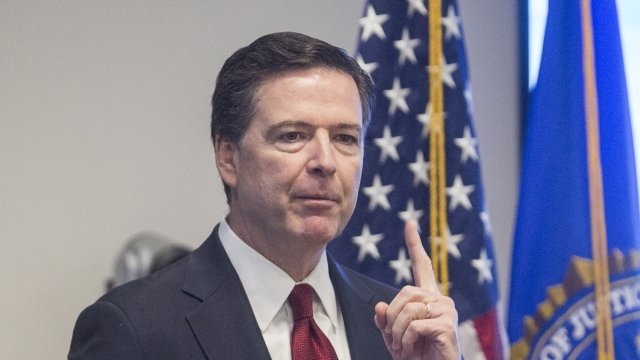 The more than 500-page report from the DOJ's inspector general looked into allegations of bias, improperly released information and other actions that were part of the probe.

One of the big moments from that investigation was Comey's press conference on July 5, 2016, saying Hillary Clinton was "extremely careless" in her handling of email but that those actions didn't warrant criminal charges.

The report "found no evidence that Comey's statement was the result of bias or an effort to influence the election," but it did fault the former FBI director for making a "unilateral announcement [that] was inconsistent with Department policy."

Comey responded to the report on Twitter, calling the conclusions reasonable but noting he disagrees with some of them. In an op-ed for The New York Times, Comey wrote in more detail, saying the "report should serve to both protect and build the reservoir of trust and credibility necessary for the Department of Justice and the F.B.I. to remain strong and independent."

As a whole, the deep-diving report didn't find evidence of political bias in the email investigation. But it did include nine recommendations for the DOJ and FBI to avoid repeating the concerns raised in this case.