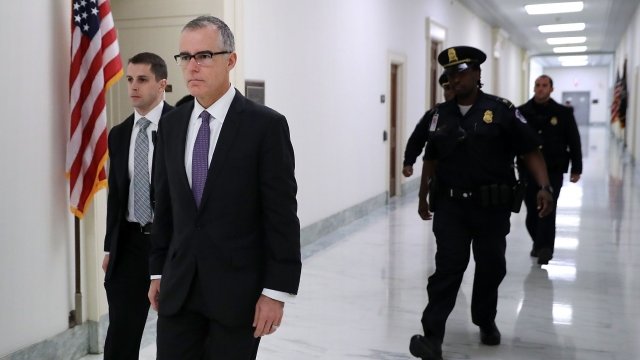 The FBI report that was the basis for firing former Deputy Director Andrew McCabe includes testimony from his former boss contradicting public statements McCabe has made, according to a CNN report.

Back in 2016, McCabe authorized FBI officials to talk to The Wall Street Journal about ongoing investigations into the Clinton Foundation.

McCabe has publicly maintained he had the authority to do that and says then-FBI Director James Comey was aware of the choice. But during an interview for the FBI report, Comey said he couldn't recall McCabe telling him about the decision.

One source told CNN neither man was lying, just that they recall the events differently, saying "the notion that the two guys are pitted against each other is crazy."

But Republican Rep. Jim Jordan said he reviewed the report and that it contained four instances of McCabe lying.