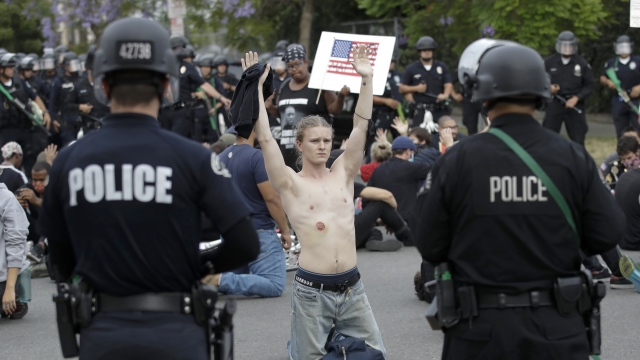 A new report found that Los Angeles police officers were unprepared and unorganized in their response to protests sparked by the killing of George Floyd last summer.

The report, commissioned by the city council, said the department was "reactive rather than proactive" and that officers disregarded rules for mass arrests and crowd management.

It also found that officers used less lethal munitions, like batons and bean-bag shotguns, on people who weren't engaging in criminal activity.

These issues aren't new for the LAPD. The report points to similar faults in the response to protests 1992 and 1965.