Report: Pelosi To Visit Taiwan Despite Warnings From China 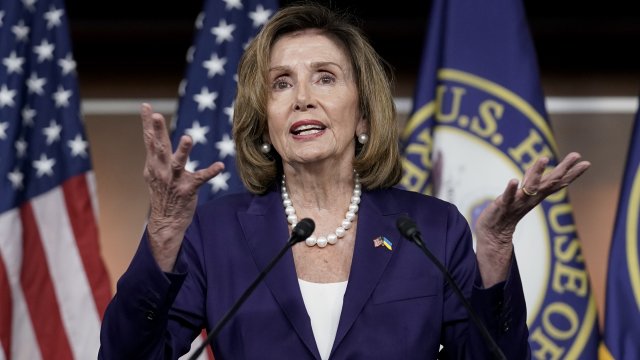 U.S. House Speaker Nancy Pelosi is expected to visit Taiwan during her high-profile overseas trip to Asia despite warnings from Chinese officials to not interfere in the region, according to a report by CNN.

While the report cites senior U.S. and Chinese officials, it's still unclear if and when Pelosi's visit will happen. 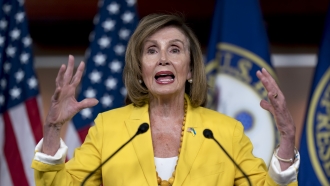 A Richer, Stronger China Warns Pelosi Not To Visit Taiwan

Speaking to reporters at a daily briefing, Chinese Foreign Ministry spokesperson Zhao Lijian said the visit would "trample on the one-China principle and gravely threaten peace and stability of the Taiwan Strait."

He did not spell out any specific consequences but reiterated that Beijing is "fully prepared and solemnly waiting."

"The People's Liberation Army will never sit by idly" and China would "take resolute and strong measures to defend its sovereignty and territorial integrity," he warned.

Zhao refused to reveal the potential responses, saying "let's wait and see if she dares making the visit."

Pelosi arrived in Singapore early Monday, kicking off her Asian tour as questions swirled over a possible stop in Taiwan that has fueled tension with Beijing.

She didn't confirm news reports that she might visit Taiwan, which is claimed by Beijing as its own territory.

Pelosi, head of one of three branches of the U.S. government, would be the highest-ranking elected American official to visit Taiwan since then-Speaker Newt Gingrich in 1997.