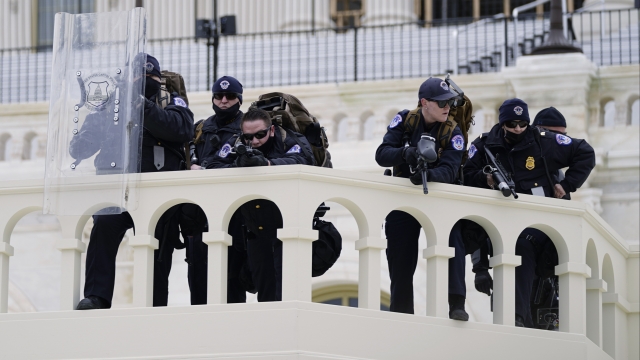 SMS
Report Outlines Capitol Police Missteps During Riot
By Katherine Biek
By Katherine Biek
April 14, 2021
The report highlights the failure of equipment and training within the department during the Jan. 6 Capitol riot.
SHOW TRANSCRIPT

An internal report on the Jan. 6 riot at the U.S. Capitol does not paint the Capitol Police in a good light, saying officers were unprepared for the attack.

The Associated Press obtained the report which says officials disagreed on whether to send in the National Guard to help the understaffed Capitol Police.

Besides focusing on the failure of equipment and training the report says there were no established policies for the unit specifically designed to prevent Congress from being disrupted by protesters or other civil unrest.

Congress has been pressuring the department to publicly release the report but it's so far refused to do so.