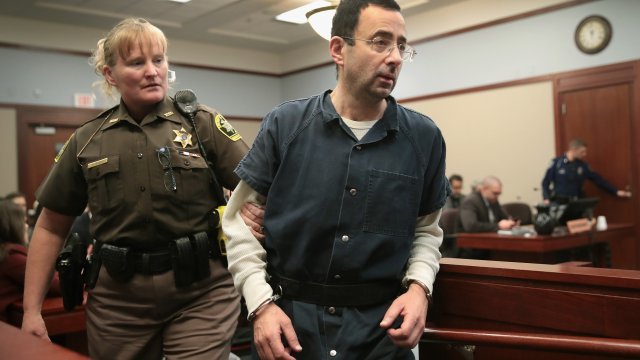 According to a report by The Wall Street Journal, the U.S. Olympic Committee knew of sexual abuse allegations against sports doctor Larry Nassar in 2015 and chose not to intervene. Nassar then continued to abuse young athletes for a year.

Penny allegedly asked for guidance on how to handle the matter.

USOC has claimed no one in the organization knew it was Nassar abusing the athletes until the media revealed the information in 2016.

Anonymous sources cited an alleged 2015 phone call and email in which the information was relayed. If the report is true, it raises some pretty big questions.

USOC pressured Penny to resign in the wake of the scandal. The organization has also been very critical of the way USA Gymnastics as a whole has handled the situation. Last week, the entire USA Gymnastics board said it would resign, bowing to public pressure.

Over 265 people have accused Nassar of sexually abusing them. He's been sentenced to up to 175 years in prison.