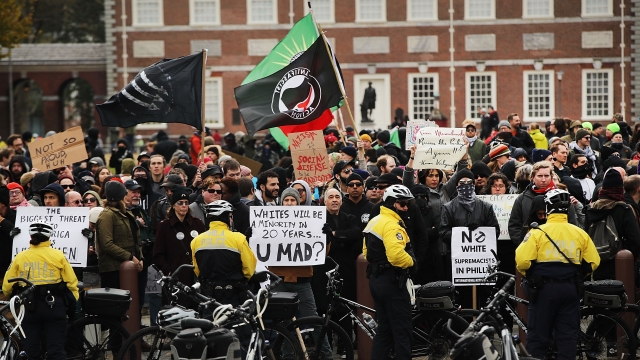 The number of hate groups in the U.S. has reached a record high.

That's according to a Southern Poverty Law Center report that found the number of hate groups has gone up 30 percent over the last four years. It says there are 1,020 hate groups across the country.

The director of the SPLC's Intelligence Project, Heidi Beirich, says the rise can be attributed to the president. Beirich said, "The numbers tell a striking story – that this president is not simply a polarizing figure but a radicalizing one."

A rise in hate groups attributed to who is in office is nothing new. The center says the number of hate groups hit the previous all-time high in 2011 and that the rise was tied to backlash against President Barack Obama.

But the law center also saw a rise in black nationalist hate groups: They were up 13 percent from 2017 to 2018. The SPLC said those groups are usually antisemitic, anti-LGBTQ and anti-white.

Some groups have taken offense to being added to the center's list. Earlier this month, Proud Boys filed a lawsuit against the SPLC, claiming it is not a hate group and has lost business and media opportunities since being added to the list. And in January, the Center for Immigration Studies filed a lawsuit against the SPLC arguing it doesn't fit the law center's definition of a hate group.

The SPLC has stood behind its list in both those cases.