Mueller Team Is Reportedly Looking To Interview Trump Himself 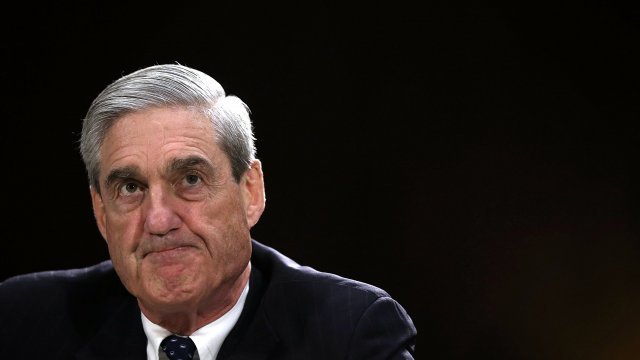 Special counsel Robert Mueller is looking to question President Donald Trump in the coming weeks, according to The Washington Post.

The Post reports Mueller's team wants to know why Trump fired former FBI Director James Comey and former national security adviser Michael Flynn. It's being interpreted as a sign the investigation may focus on possible obstruction of justice by either the president or those close to him.

It's unclear if the special counsel will get to talk to the president. But the two sides are negotiating terms for the interview. Trump's attorneys could make a proposal as soon as next week.

The Justice Department confirmed to multiple news outlets that Attorney General Jeff Sessions was interviewed in mid-January for the Russia probe.

Mueller also reportedly wants to press Trump on his alleged efforts to remove Sessions from his attorney general post, which the special counsel believes could show a pattern of behavior.