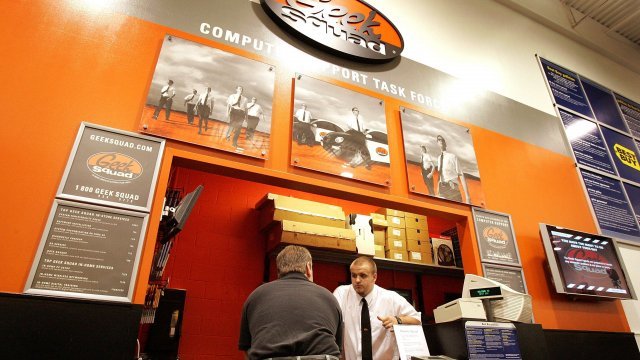 Best Buy Geek Squad technicians have worked with the FBI to uncover illegal data on customers' computers for at least a decade, according to reports out Wednesday.

The FBI is accused of paying technicians to find and report illegal material.

If this sounds familiar, it's because reports surfaced last year that back in 2011, a Best Buy computer technician discovered an image on a customer's hard drive and reported it to the FBI. The customer was charged with possessing child pornography, but the case was thrown out when a judge ruled the material was not pornography — and that the search was illegal.

Best Buy denies the allegations but says its technicians must report illegal material if it's found during a repair. It said in a statement: "We have learned that four employees may have received payment after turning over alleged child pornography to the FBI. Any decision to accept payment was in very poor judgement and inconsistent with our training and policies."