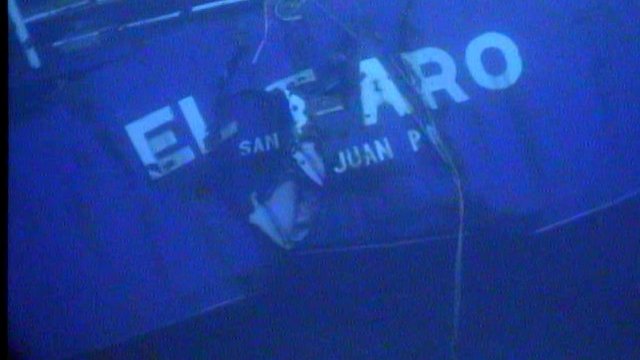 SMS
Report Says Captain, Owner At Fault For Fatal Ship Sinking In 2015
By Jake Jones
By Jake Jones
October 1, 2017
A U.S. Coast Guard report says El Faro's captain chose to put the ship on an almost direct course with the eye of a hurricane.
SHOW TRANSCRIPT

A Coast Guard report says the captain of the cargo ship El Faro made mistakes that contributed to it sinking two years ago. The report also says the vessel's owner violated several safety standards.

The ship left Jacksonville, Florida, in late September 2015. It was headed to Puerto Rico when it crossed paths with Hurricane Joaquin near the Bahamas.

The report says the captain decided to take the vessel's normal route, a straight line between its two normal ports, despite warnings of the strengthening storm.

Joaquin was upgraded to a Category 3 hurricane after the El Faro left port. 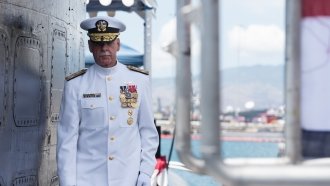 The Navy To Make Another Leadership Change After Deadly Incidents

Hours of audio recording from the ship's black box was recovered and transcribed. Before the ship sank, the captain was recorded saying he was "sleepin' like a baby" and that "there is nothing bad about this ride." He compared it to "every day in Alaska."

But after the ship took on water and faced winds well over 100 mph, the captain ordered the crew to abandon it. The ship was near the eye of the storm; all 33 crew members died.

The company called the report "another piece of this sacred obligation that everyone who works upon the sea must study and embrace."