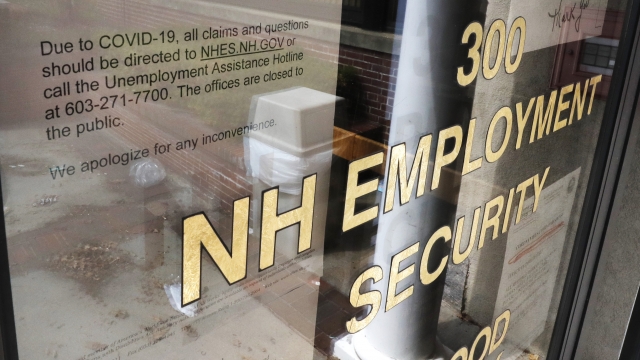 SMS
Report: 75,000 More 'Deaths Of Despair' Possible Because Of COVID-19
By Lindsey Theis
By Lindsey Theis
May 8, 2020
A new report predicts the U.S. could see 75,000 more deaths from suicide, drugs and alcohol as a result of COVID-19.
SHOW TRANSCRIPT

A new report out Friday morning says the U.S. could see 75,000 more deaths of despair as a result of COVID-19.

The report, from mental health and physican advocacy groups Well Being Trust and the Robert Graham Center, warns of “a preventable surge of avoidable deaths from drugs, alcohol, and suicide.”

"It's not so much the virus that's going to kill us, though it will kill us. And sadly, it is killing us. It's also the fact that we're losing our jobs, that we're socially isolated, we're lonely. We're disconnected," Dr. Benjamin Miller, psychologist and chief strategy officer of Well Being Trust told Newsy.

The report breaks it down to the state and county level. Some states would fare better than others. New Mexico, Nevada and Arizona have the highest projected deaths of despair rates. Data scientists looked at the Great Recession, when rising unemployment and individual uncertainty led to increased deaths of despair. But they note some factors are different here:

"It could be worse than 75,000 deaths. The isolation and uncertainty are two unknown factors in our model. There has not been an event in the world that's caused the level of isolation as this," Dr. Jack Westfall, family physician and director of Robert Graham Center said.

The models are just that: predictions. But advocates say that there are steps governments and care providers can take to help curb any increase of deaths of despair because of COVID-19.

"Training a workforce that's tracking and tracing infections could be done, I think very easily with something like mental health first aid. Questions that a community member can ask another community member about how they're doing and help them get care if they need it. It's a layperson, sort of a peer question," Westfall said.

"We can now use certain platforms. So if you're an iPhone user, you can use FaceTime and talk to your therapist. That was not paid for or even allowed before because of privacy concerns. So we've loosened some of those restrictions," Miller said. "I can't imagine that some policymaker somewhere is all of a sudden just like, 'Just kidding. You were able to talk to your therapist on FaceTime. Now you can't.' Because it's so easy. And they don't require any money. They just require someone to ultimately change the privacy law or the regulation."