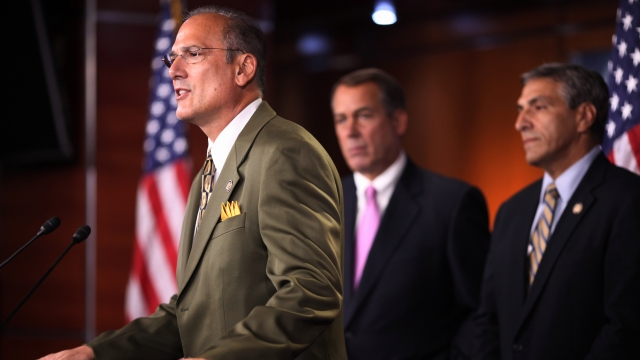 Rep. Tom Marino is leaving his job on Capitol Hill to go to work in the private sector.

He announced his resignation in a statement Thursday, saying that serving as a congressman was one of "the greatest honors" of his life.

The Republican from Pennsylvania was first elected to the House in 2010. He'd just started his fifth term in office at the start of this year.

Marino helped rally support for President Trump during his 2016 presidential campaign, and the president later nominated him to lead the Office of National Drug Control Policy.

But Marino withdrew his name from consideration after it was revealed he'd backed legislation that weakened the federal government's power over pharmaceutical companies that produce opioid drugs.

Marino will officially step down from Congress on Jan 23. A special election will be held at a later date to fill his open seat.