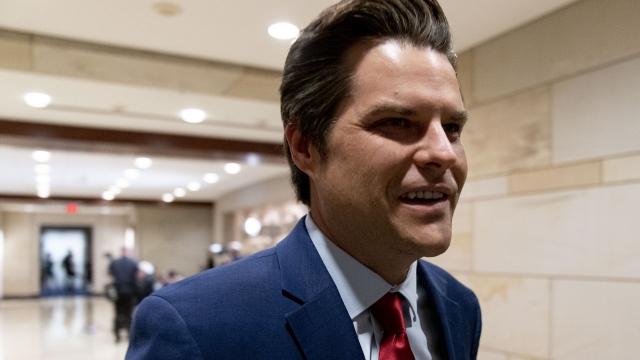 Rep. Matt Gaetz is under a federal sex-trafficking investigation.

Federal investigators are looking into an alleged call between Rep. Matt Gaetz and a possible witness in the investigation against him. That's according to Politico.

It could mean an obstruction of justice charge against Gaetz.

The call reportedly happened between Gaetz's ex-girlfriend and a witness and then at some point the congressman joined the call.

Gaetz is being investigated for allegedly paying an underage girl to cross state lines for sex. He hasn't been charged with any crimes at this point and denies the allegations.