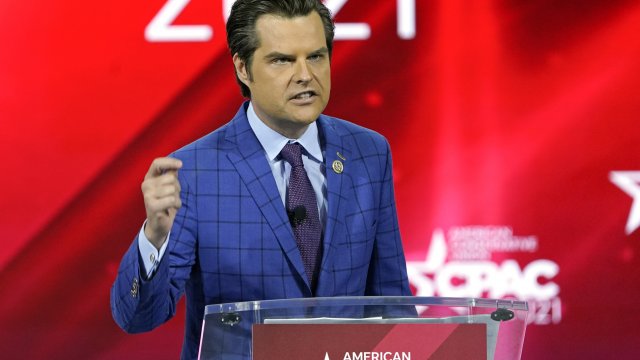 House Minority Leader Kevin McCarthy said Gaetz would be removed from his committees only if claims of underage sex are proven.

Democrats are calling for Republican Rep. Matt Gaetz to step down from the House Judiciary Committee.

Gaetz is under federal investigation for allegedly having a sexual relationship with a 17-year-old girl and paying her to travel with him.

Gaetz has denied the allegations.

House Minority Leader Kevin McCarthy said Gaetz would be removed from his committees if the charges were proven but did not mention any actions while the case is under investigation.

"There's a New York Times story that I haven't read, haven't been able to talk to Mr. Gaetz yet," said Minority Leader Kevin McCarthy. "Mr. Gaetz denies the story.  I look forward to talking to Mr. Gaetz. I haven't heard anything from the DOJ or others, but I will deal with it if anything comes to be true."

If he is convicted of a felony, Gaetz would lose his House seat.