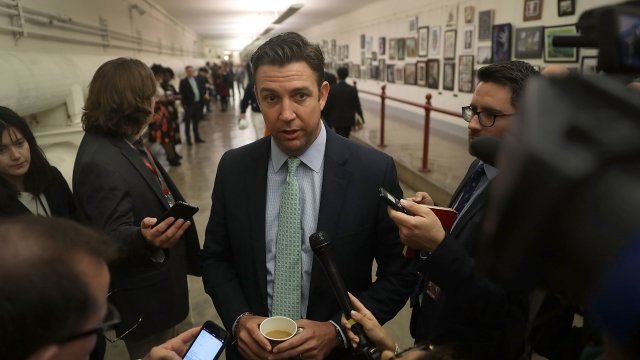 U.S. Rep. Duncan Hunter and his wife pleaded not guilty Thursday to federal charges of misuse of campaign funds.

The couple is accused of using more than $250,000 in campaign funds for personal expenses such as family vacations, school tuitions and meals.

The California Republican has maintained his innocence, calling the indictment "politically motivated" and saying he was being targeted right before the upcoming midterm elections.

In an interview with Fox News, Hunter said his wife was his campaign manager, so she handled his finances. He also claimed the trips and meals were fundraisers.

Hunter agreed to step down from his his assignments on the House Education, Armed Services and Transportation committees.

House Speaker Paul Ryan called for his resignation on those committees, and House Republicans were preparing to forcibly remove him had he not stepped down on his own.

Hunter and his wife are due back in court Sept. 4.