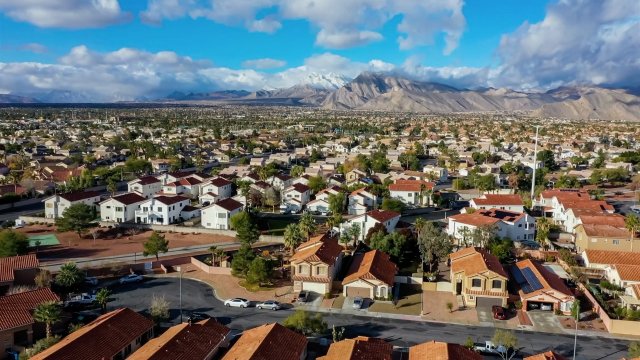 Food prices, gas prices, and now across much of the country, rent is also increasing.

"I couldn't even think straight. I really couldn't." Cathy Sostaric says her rent in Las Vegas increased nearly $600 a month.

"I understand the market, I totally get that. I totally understand things are going to go up and rent does go up, but that's too much of an increase, too fast."

In Florida, Diane Studley's rent in Tampa jumped $1,200 a month in two years. She's dipping into her savings and retirement to make ends meet.

"It's a horrible feeling and I go to bed every night and I'm like, what are we going to do?"

The online broker Apartment List tells Newsy that over the course of 2021, rent spiked a record-breaking 18% nationally.

"So, 2021 had more than five times the amount of price growth that we're used to seeing in a typical pre-pandemic year," Rob Warnock, Apartment List's senior research associate, tells Newsy.

One of the factors that led to the price increase: supply and demand.

"We've seen over 5 million new households formed since early 2020. Those households are forming a lot faster than new homes are becoming available to them, and that means prices go up," Warnock explains.

Experts say another reason behind the increases is that some landlords cut rent at the beginning of the pandemic to keep tenants and are now readjusting back up.

"There are no rent control laws in Nevada. Landlords are able to increase the rent to as much as the market will bear," says Taylor Altman, an attorney with Legal Aid Center of Southern Nevada.

Home prices are increasing too, and that's forcing people who are unable to buy homes to rent, expanding the already large rental pool.

The pandemic has led a number of people to migrate to other parts of the country — heating up the market in those destinations.

"Both rental and for sale properties are overpriced. They're above where the trend should be," says Ken Johnson, real estate economist at Florida Atlantic University.