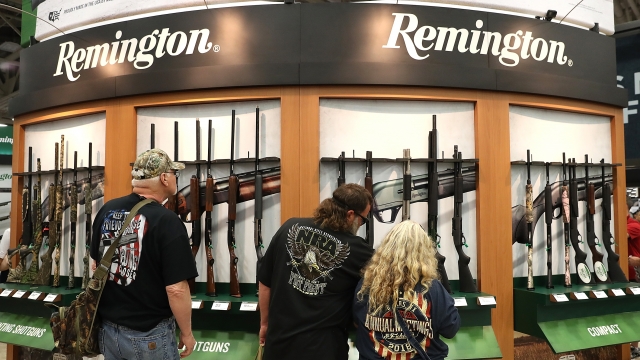 On Thursday, the gun maker Remington asked the Supreme Court to hear its appeal of a ruling that subjected the company to liability from its marketing of a military-style rifle.

A lawyer for Sandy Hook shooting victims' families said, "Our state's highest court has already ruled that the families deserve their day in court and we are confident that the U.S. Supreme Court will defer to that well-reasoned opinion."

Back in March, the Connecticut Supreme Court ruled that Remington could be sued over its marketing of the rifle used in the 2012 Sandy Hook school shooting. That decision overturned a previous ruling by a trial court judge, who dismissed the lawsuit.

The gunman used a Remington Bushmaster AR-15 rifle, which was legally owned by his mother. After killing her, he killed 26 people at the school and then himself.

The lawsuit in question was filed by a survivor and relatives of survivors. They argued the company "knowingly marketed, advertised, and promoted" the military-style rifle to civilians. But Remington argued it had no way of knowing the shooter would commit a crime.

Remington is basing its appeal on a 2005 federal law called the Protection of Lawful Commerce in Arms Act. The trial court judge who initially dismissed the families' lawsuit did so based on that legislation.

Remington lawyers said, "Congress enacted the [law] to ensure that firearms ... would be regulated only through the democratic process rather than the vagaries of litigation."

The federal law has been used to bar lawsuits related to other mass killings. Gun control advocates have criticized it as being too inclined in gun makers' favor.

With the most recent additions of Justices Neil Gorsuch and Brett Kavanaugh, conservatives have the upper hand in the Supreme Court.

But it's unclear when — or if — SCOTUS will hear the case, since it isn't in session again until October.