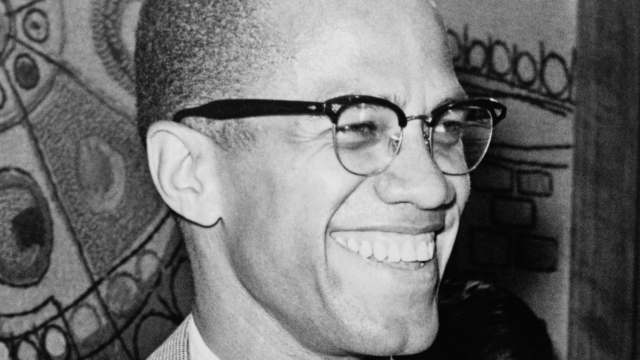 Friday marks 55 years since civil rights icon Malcolm X was assassinated in New York City. His life could be considered one of reinvention — and one that continues to inspire scholarship and human rights activism to this day.

Malcolm X was born Malcolm Little on May 19, 1925. He adopted his famous surname as a young man after converting to Islam while in prison.

He joined the organization known as the Nation of Islam in 1952, becoming a national spokesman on the struggles of black communities in the U.S.

Malcolm X: "We fought abroad so that the white man in America could be free today. To sic police dogs on us, to beat our people in the heads with police clubs and turn water hoses on little women and children and babies simply because they want to walk down the street like decent human beings."

Malcolm X's activism drew heavy criticism, including from the U.S. government. In March 1964, he broke with Nation of Islam and later traveled to Mecca, Saudi Arabia, in the Muslim ritual known as hajj.

He returned to the U.S. with a new name: El-Hajj Malik El-Shabazz. The pilgrimage helped Malcolm X reconsider his approach to civil rights work, as he explained to the CBC in January 1965.

CBC's Fred Davis: "Are you still a Muslim yourself?"

Malcolm X's life ended a month later on Feb. 21, when he was shot during a speech at the Audubon Ballroom in Harlem. The site is now known as The Malcolm X & Dr. Betty Shabazz Memorial and Educational Center.

For years, scholars and activists have debated the circumstances of Malcolm X's death, which serves as the basis for a documentary currently streaming on Netflix. But earlier this month, the Manhattan District Attorney's Office announced it will begin reviewing evidence to determine whether to reinvestigate the case.

Malcolm X: "I do believe there will be attempts on my life. They're foaming at the mouth."