Remember These Mind-Blowing Viral Videos? Yeah, They Were Fake 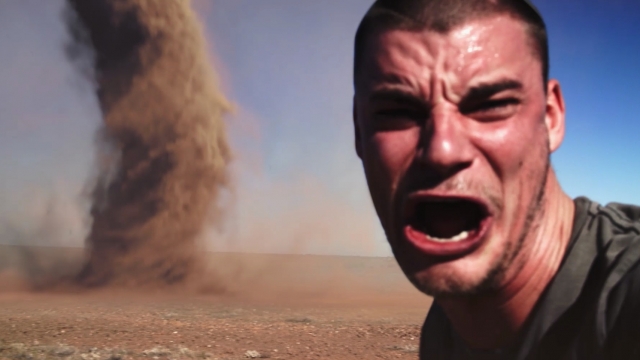 SMS
Remember These Mind-Blowing Viral Videos? Yeah, They Were Fake
By Ben Lawson
By Ben Lawson
July 12, 2016
An Australian company tricked the internet to learn what makes a video go viral.
SHOW TRANSCRIPT

These hunters aren't getting attacked by a lion, and this snowboarder isn't getting chased by a bear.

The Woolshed Co., an Australian production studio, released these videos and a handful of others like them to see what makes something go viral online.

And some of them racked up millions of views.

This one of a swimmer trying to escape a great white shark that apparently isn't real has been viewed more than 34 million times. Woolshed claims all eight of its videos racked up more than 205 million views overall.

The company released a self-congratulatory video featuring clips of newscasters discussing the videos; a few took the bait, but others seemed skeptical.

"They either animated the bear or got it from a green screen stock-footage website," said one newscaster.

"Is this video real?" another asked.

Funny enough Woolshed said the debate on whether the videos were real or fake spurred their popularity.

The company's managing director also told The Guardian the trick is to treat each video as entertainment and to include a good thumbnail image and a good headline.

This video includes clips from The Woolshed Co.