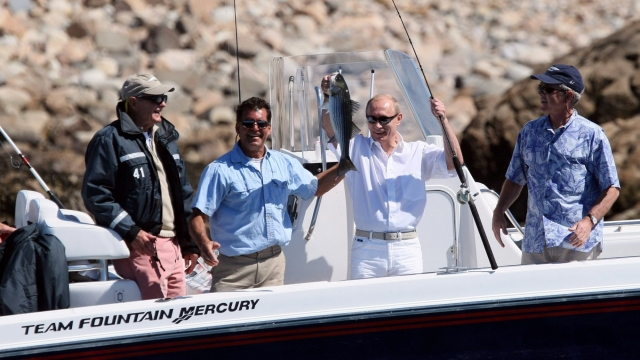 Russian President Vladimir Putin has rarely been seen as an easy guy for American leaders to work with.

Bush's story comes from his biography about his father, former President George H.W. Bush, which was published back in 2014.

In it, George W. describes how, in 2007, he and his father took Putin fishing in Kennebunkport, Maine. There, the elder Bush took the world leaders on a speedboat ride.

George W. wrote, "Although initially startled by the idea of an eighty-three-year-old former President driving the boat at top speed, Putin loved the ride. (His interpreter looked like he was about to fly out the back of the boat.)"

He also wrote that the next morning, he and Putin found common ground on missile defense before going fishing again. George W. said, "Fittingly, Putin was the only one who caught anything."

In contrast to the friendly experience George W. claims to have had, President Obama's relationship with Putin has been called "awkward."

Russia's threats to use "nuclear force" to defend its interests in the Crimea and its alleged targeting of CIA-backed rebels through airstrikes in Syria have caused recent strains in its relationship with the U.S.

This video includes clips from ABC, RT and Sotheby's International Realty, and images from Getty Images.