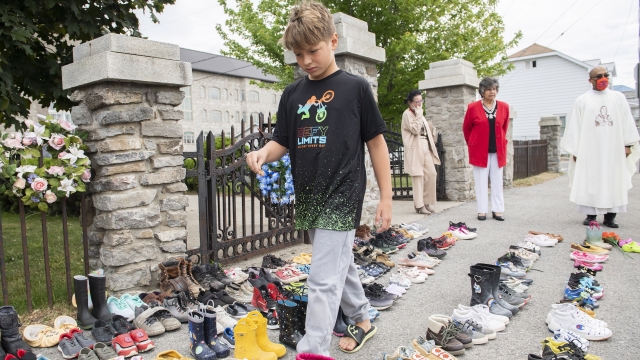 In Canada, the remains of 215 children were found buried at what was once the site of the country's largest Indigenous residential school, which held children taken from families across the nation.

Prime Minister Justin Trudeau asked that flags on all federal buildings be flown at half-mast to honor those children.

From the 19th century until the 1970s, more than 150,000 First Nations children were required to attend state-funded Christian schools as part of a program to assimilate them into Canadian society. Many were beaten and verbally abused, and up to 6,000 are said to have died.

The Canadian government apologized in Parliament in 2008 and admitted that physical and sexual abuse in the schools was rampant.

Chief Rosanne Casimir of Tk’emlups te Secwépemc First Nation said: "These past few days have been very, very heartfelt and very hard, hard for our community, hard for the leadership. It was shocking at every single level. And you know right now you know our community is grieving. Our leadership is actively working to ensure that you know the communication with our membership is there, ensuring that we have appropriate resources that are available. And we've been working with First Nations health and our community services department here."

Plans are underway to bring in forensics experts to identify and repatriate the remains of the children found buried on the site, which is about 200 miles northeast of Vancouver.