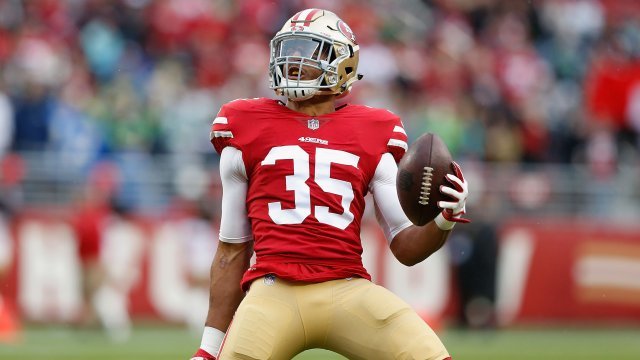 SMS
Free Agent Eric Reid Filed Grievance Against NFL
By Austin Kim
By Austin Kim
May 3, 2018
Unsigned safety Eric Reid filed a grievance against the NFL. He believes teams colluded to not sign him after he protested during the anthem.
SHOW TRANSCRIPT

Reid argues NFL teams made a coordinated effort to not sign him because of his protests during the national anthem. He was one of the first players to kneel alongside Colin Kaepernick when the two played with the 49ers.

Reid, who is still unsigned, will have to prove he's been singled out during free agency. But that will be tough.

Here's one reason why: Reid may be considered one of the better safeties in the league, but there doesn't appear to be a strong demand for the position this off season. Players like Kenny Vaccaro and Tre Boston, who both started for their teams last year, remain unsigned.

Reid's case will be heard by an independent arbitrator, which may take some time. Kaepernick also filed a collusion grievance against the NFL in October, and his case hasn't been resolved yet.