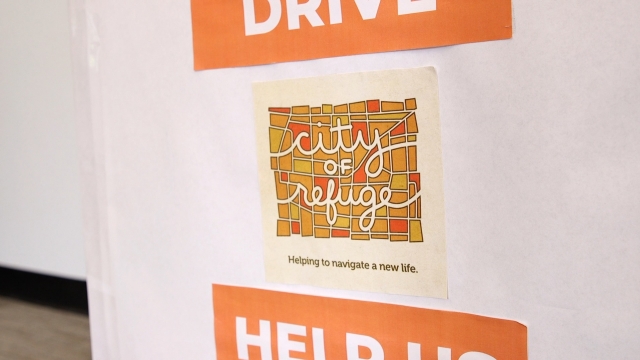 There are more people displaced globally than there ever have been — one person is forced from their home every two seconds, according to the U.N. Refugee Agency.

On Thursday, the Trump Administration proposed cutting the number of refugees allowed into the U.S. from 30,000 to 18,000 next fiscal year.

The administration says its focus should be on resolving problems at the source — focusing on foreign relations to prevent displacement. It also says it's prioritizing caseloads of immigrants and refugees already in the country, pointing to the backlog in the U.S. immigration system.

A refugee can't apply to resettle in a new country on their own. They have to be referred, often by the U.N. Refugee Agency. The referring agency selects the most vulnerable refugees who aren't safe in their home country or a neighboring country and vets them to make sure they haven't committed a serious crime.

Then the U.S. does six more background checks and conducts three in-person interviews before the refugees can be admitted. If the U.S. chooses to admit them, nonprofit groups across the country help the refugee acclimate to their new home and become self-sufficient. Newsy's LeeAnne Lowry spoke to City of Refuge in Columbia, Missouri, about that process.

Garrett Pearson, the Executive Director at City of Refuge, told Newsy: "Initially, it is a difficult transition, because you're getting set down into this place where you may not know anybody, you don't speak any language that people here understand, and you have all these obstacles just to access the necessities that you might need. So our goal is to hopefully be a bridge that can help ease the transition for new refugees and make it a place where they can feel like they belong, that they can start a home here."

The number of refugees allowed into the U.S. every year has declined drastically since President Donald Trump took office. In President Obama's final year, he set the ceiling at 110,000. President Trump slashed the cap to 45,000, then to 30,000, and now this proposal nearly cuts it in half again.

City of Refuge told Newsy that with cuts like this, many federal nonprofit organizations that help resettle refugees might shut down, even though they're still supporting refugees who are already here. That could increase the pressure on non-federal organizations like City of Refuge.

"I know there are reasons, for better or for worse, for this policy. I believe that as an organization and as a country who was founded by people seeking refuge, it is a privilege and a right to care for those who are just looking for a home," said Pearson.

Cabinet representatives and Congress will discuss the proposal to reduce the number of refugees allowed into the U.S., and their final draft will head to The White House for President Trump to sign.