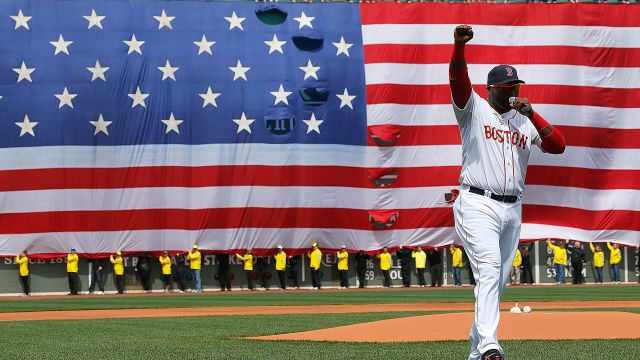 It doesn't get much more "Boston" than actor Mark Wahlberg and Red Sox slugger David Ortiz.

And now we know both will be featured in an upcoming film about the 2013 Boston Marathon bombings — "Patriots Day."

According to The Hollywood Reporter, Ortiz will re-enact the speech he gave at Fenway Park in the wake of the bombings.

During the emotional speech on live TV, Ortiz said, "This is our f—ing city" and more. He managed to sidestep any punishment from the FCC for his colorful language.

The speech even earned praise from President Obama. He told ESPN it was "one of my most powerful memories and one of my proudest moments as president."

"Patriots Day" is one of at least three movies in production that center around the bombings.

This video includes clips from The White House, WHDH and WBZ-TV, and images from Getty Images.