Week One Of Manafort's Trial: Lavish Lifestyle And Falsified Documents 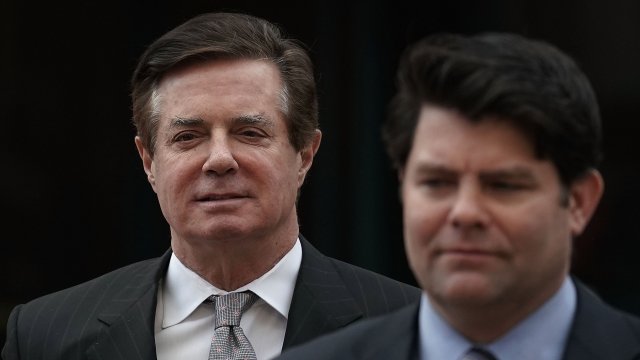 The first week of Paul Manafort's trial for bank and tax fraud charges is complete.

After opening statements on Tuesday, the prosecution started to lay out its evidence. Lawyers are trying to show the jury how Manafort allegedly lied on official documents, hid overseas bank accounts and falsified tax forms.

Notable witnesses included Manafort's longtime bookkeeper Heather Washkuhn. She testified that in 2016, Manafort lied to banks about how much money he made and sent them phony invoices.

Philip Ayliff, an accountant who prepared Manafort's taxes, told the jury Manafort lied about his foreign bank accounts and didn't list them on his tax forms.

And one of the five witnesses who was granted immunity testified Friday that she knowingly filed falsified tax returns to reduce the amount of taxes Manafort needed to pay.

A group of witnesses testified about Manafort's lavish lifestyle. Prosecutors allege he used the money he made overseas to fund his expensive tastes, including almost $1 million on suits and $15,000 on an ostrich leather jacket.

Someone who didn't testify this week: Rick Gates, Manafort's former business partner. Gates is expected to be a star witness for the prosecution.

The government will continue calling witnesses Monday and is expected rest its case sometime next week.

After the trial in Virginia is complete, Manafort will face another set of charges from special counsel Robert Mueller's office. The trial in that case is expected to begin Sept. 17.