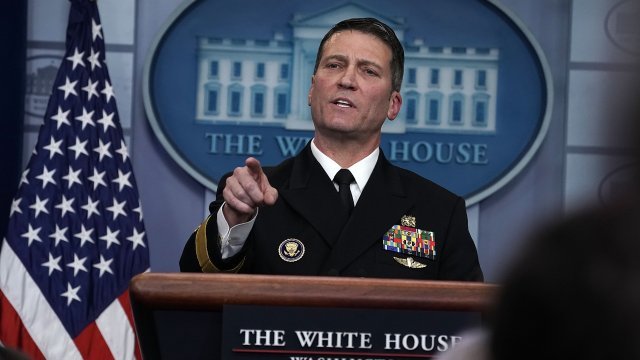 Jackson's hearing was scheduled for Wednesday. Committee leaders confirmed the panel would look into "serious allegations" against Jackson. But it is unclear when, or if, the hearing will be rescheduled.

The committee sent a letter to the White House asking for all records connected to Jackson's time in the White House Medical Unit. The letter also requests all communication between the Department of Defense and the White House Military Office regarding any possible allegations against Jackson since 2006.

Jackson told MSNBC he is disappointed his hearing was rescheduled but looks forward to answering any questions. He did not address the allegations against him.