Ratko Mladić — Leader Of Srebrenica Massacre — Given Life In Prison 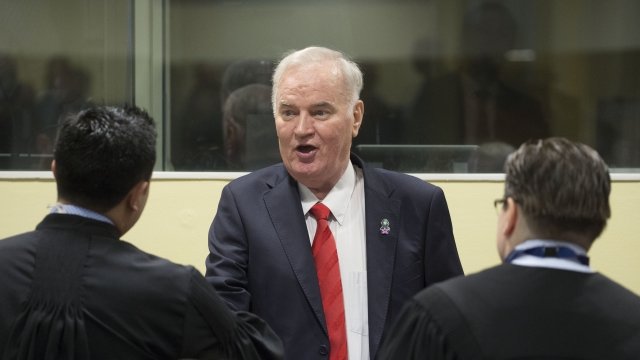 SMS
Ratko Mladić — Leader Of Srebrenica Massacre — Given Life In Prison
By Ryan Biek
By Ryan Biek
November 22, 2017
The former Bosnian Serb army commander has been convicted on charges of genocide, war crimes and crimes against humanity.
SHOW TRANSCRIPT

Ratko Mladić, a former Bosnian Serb army commander, has been sentenced to life in prison for genocide, war crimes and crimes against humanity.

A U.N. tribunal convicted Mladić on 10 out of 11 charges Wednesday. His lawyer has promised to appeal. 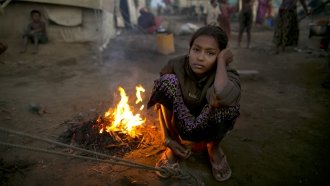 Known as the "Butcher of Bosnia," Mladić led forces that carried out ethnic cleansing against Bosniaks during the 1990s.

Mladić was on the run for 16 years before he was arrested in Serbia in 2011. Wednesday's verdict marked the end of a five-year trial.