"Ralph Breaks The Internet" Stays No. 1 While "Creed II" Slips A Spot 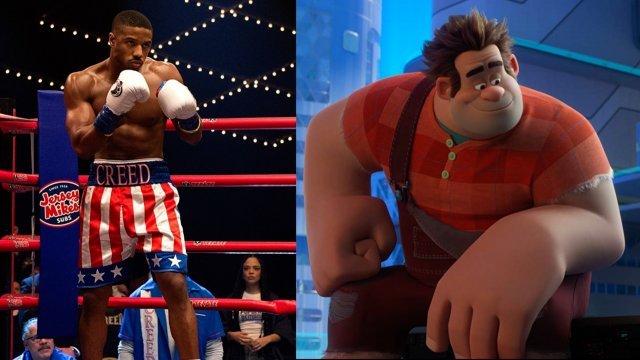 SMS
"Ralph Breaks The Internet" Stays No. 1 While "Creed II" Slips A Spot

By Jamal Andress
December 2, 2018
This is actually the third year in a row Disney's animation department has dominated the Thanksgiving holiday at the box office.
SHOW TRANSCRIPT

Holding on to the the No. 1 spot this week is "Ralph Breaks the Internet" bringing in an estimated $25.7 million in its second weekend out. That's about what the folks at Disney were expecting for the the reliably quiet weekend after Thanksgiving.

This is actually the third year in a row Disney's animation department has dominated Turkey Day at the box office. Disney's Pacific Island Princess, Moana made her debut Thanksgiving 2016 and led the box office for three weeks in a row. Last year, "Coco" did the same and now it's Wreck it Ralph's turn.

With no new movies expected to crack the top 3 until "Spider-Man: Into The Spider-Verse" on December 14th, I'm expecting Disney to go three for three on dominating the post-Thanksgiving box office.

Jumping into the No. 2 spot this week is "The Grinch" bringing in an estimated $17.7 million in its fourth week out. "The Grinch" stealing the No. 2 spot from Creed, which just premiered last week, is great news for Illumination studios. They're hoping to the green one can maintain this staying power all the way through the Christmas season.

Falling to No. 3 this week is "Creed II" bringing in an estimated $16.8 million in its sophomore weekend. After helping push last weekend's box office haul to a record high, ticket sales for "Creed II" dropped more than 50%.

But please don't feel bad for Michael B. The original "Creed" film made about $110 domestic dollars total. After just twelve days in theaters "Creed II" has a domestic total of $81 million and it's got at least another week without any new box office competition.

But more importantly, you should probably never feel bad for Michael B. Jordan.

As for next week, nothing new coming to theaters so I guess we just have to keep watching this awesome Spider-Verse trailer. And that's okay with me.