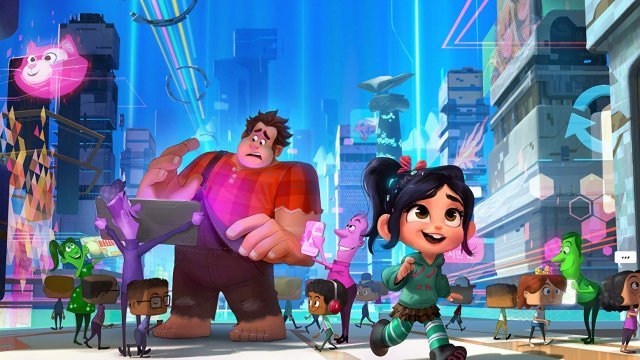 By Jamal Andress
December 9, 2018
Despite this being a very slow box office weekend, some history was made for animated feature films.
SHOW TRANSCRIPT

Holding on to the No. 1 spot for the third weekend in a row is "Ralph Breaks the Internet" bringing in an estimated $16 million. While this is a particularly slow and uneventful box office weekend, there was some history made.

The last time two animated films ruled the box office was in 2012 when Disney's "Brave" and Dreamworks' "Madagascar 3" took the No. 1 and No. 2 spots

But this weekend is the first time in box office history that two animated films have held on to the top two spots for multiple box office frames.

Which brings us to our No. 2 film this weekend, "The Grinch" bringing in an estimated $15 million in its fifth weekend out.

As the old saying goes slow and steady wins the race and that has most certainly been the case for this film.

This retelling of the classic Christmas tale came out nearly two weeks before Thanksgiving and as December 25th slowly approaches people are still making their way to the theater to see the green one. "The Grinch" has made more than $223 million in domestic ticket sales and will almost certainly see another boost at the box office on Christmas weekend.

Holding on the No. 3 spot this weekend is "Creed II" bringing in an estimated $10 million in its third week out. Creed's worldwide box office total has finally pushed past the $100 million dollar mark and rests at $120 million.

As for next week, Clint Eastwood gets to scratch one last role off his acting bucket list — elderly drug dealer.