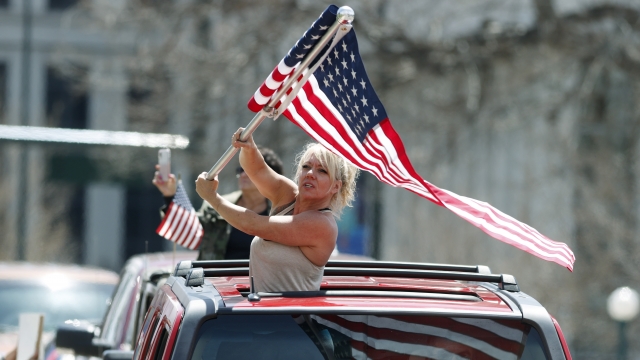 The showdowns between protesters demanding an end to lockdowns and state officials spread this weekend.

Sunday evening, President Trump defended the protesters — despite the fact that they are in open defiance of the White House's own guidance against large gatherings.

President Donald Trump: "They have got cabin fever. They want their life back. Their life was taken away from them."

Large protests popped up in Washington state, Colorado and Maryland, where Republican Gov. Larry Hogan is calling out the president.

"I don’t think it’s helpful to encourage demonstrations and encourage people to go against the president’s own policy. It just doesn’t make any sense."

The protests picked up momentum after President Trump tweeted out his support Friday.