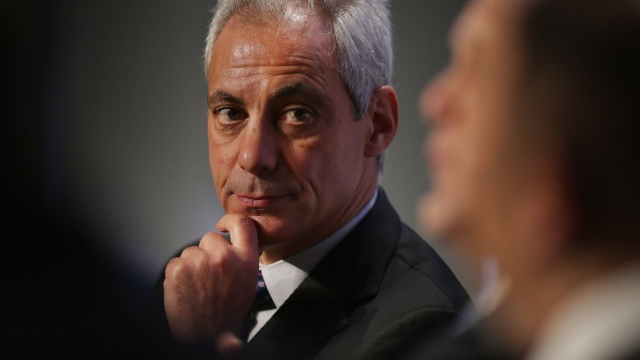 Chicago Mayor Rahm Emanuel is trying to revamp how the city holds officers accountable after facing heavy criticism for his handling of police misconduct.

Emanuel said: "We will replace the Independent Police Review Authority with a new civilian investigative agency that has more independence and more resources to do its work."

The changes are based on recommendations from Chicago's Police Accountability Task Force. The group was assembled after the death of black teen Laquan McDonald, who was shot by a police officer 16 times in 2014.

The task force's report specifically pointed to the tense relationship between people of color and Chicago's police department. In a report published last month, the task force found that in the last eight years, "74% of people killed or injured by Chicago police officers were African American."

The review agency being replaced has been criticized for siding with officers who have complaints against them. Critics of the agency point out that the officer who shot McDonald had over a dozen complaints on record prior to the teen's death.

The mayor will announce his full plan to reform police accountability in June.

This video includes images from Getty Images and a clip from the Chicago Police Department.