Special Report: Before The Water Runs Out 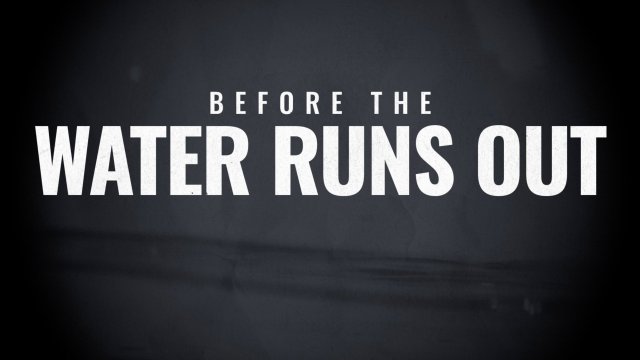 SMS
Special Report: Before The Water Runs Out
By James Packard
By James Packard
October 5, 2021
In regions near the U.S.-Mexico border, many still live without water connections. Their fight to get it now faces its final deadline: climate change.

For three months, the only light in Patricia Garcia's house was a single bulb run off the battery of a baby blue hatchback outside the front door. Finally, electricity came, but it would take 10 years for Patricia and her husband to secure a connection to clean water.

"If you ever go camping, it's the same thing, but every day," she says. "You have to go for water, you have to look where to go to the bathroom."

She stands outside her new home, cradling a printed photo of her and her husband, silhouetted against the outline of a house, workers on the roof, dismantling what used to stand on this lot.

"This day it was real for me," she says of the photo, and the realization that she was finally getting a new home.

"All of the roof was broken," she says, describing a series of holes that let sunlight pierce through. When it rained, she scattered the house with buckets. "A lot of buckets," she says.

When Garcia started a new life in San Elizario, Texas, less than half a mile from the wall that separates the U.S. and Mexico, she hoped for a fresh start in pursuit of the American Dream. That's why she and her husband bought this land, with the promise they would be serviced with utilities.

The struggle to get those services was more than she bargained for, but Patricia considers herself one of the lucky few who finally found solutions.

Thousands here still live without the basics. Their fight to get it has been decades long, and a complicated, broken system has turned away.

"Before The Water Runs Out" documents that fight, and the race against climate change to connect homes to water before the resource is so scarce, and connections so expensive, that Americans are driven from the only place they have to call home.