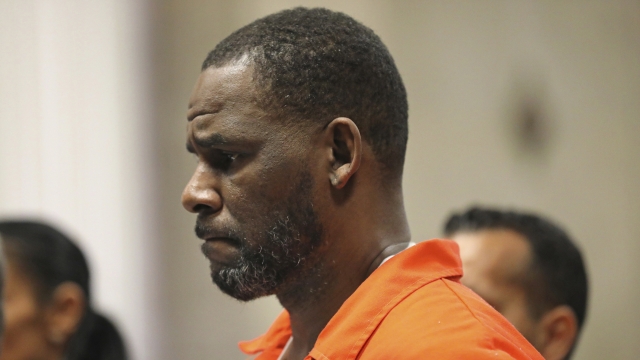 Grammy-award winner and alleged serial rapist R Kelly is fighting court cases all over the country but today he'll be appearing in his hometown of Chicago to face more than a dozen federal charges.

During an arraignment this morning, R. Kelly pleaded not guilty to 13 federal charges that include: child pornography, child abuse and sex trafficking with 5 alleged victims.

Kelly's also facing a conspiracy charge for allegedly paying off and intimidating potential witnesses in his infamous 2008 trial. Kelly's trial date is set for October 13th. Outside of Chicago, Kelly is facing similar federal charges in New York and state charges in Minnesota.

I spoke with veteran investigative journalist and music critic Jim DeRogatis about his long career following R Kelly's allegations and telling the stories of his victims.

"Two out of three women on the south and west sides of this city will have an R Kelly story. They saw him cruising the high school they saw him at the 'Rock and Roll McDonald's.' They saw him at the Evergreen Plaza shopping mall. … I talked to a really sharp black young woman producer at one of the TV stations who told me two Kelly stories. I talked to the security guard who buzzed me into that studio who told me a story. I sat and did a panel with Mikki Kendall who told me a story. You know, it sounds hyperbolic two out of three women, but it was never secret."

Kelly has been locked up in federal custody, just a few blocks from here, since July of last year. He was denied bail by New York and Illinois judges citing concerns of witness tampering. Kelly has pleaded not guilty to all the charges against him.