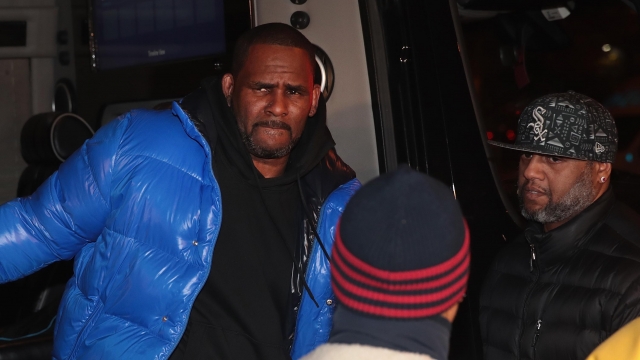 Kelly was charged Friday with 10 counts of aggravated criminal sexual abuse allegedly involving four victims. The Cook County state's attorney says the singer abused the four people between 1998 and 2010, and that three of them were minors at the time. Each count carries a 3 to 7-year prison sentence if convicted.

Kelly turned himself in Friday night but was freed Monday after posting one-tenth of the $1 million bond. While he awaits trial, he can't have contact with girls under 18.

Earlier this month, attorney Michael Avenatti said he'd given the Cook County state's attorney's office a videotape showing Kelly having sex with an underage girl. Avenatti said Monday he's given prosecutors another tape of the singer "engaged in sexual assault of a minor."

The singer has been accused of sexual abuse and inappropriate encounters with minors several times over more than two decades. Kelly was indicted on child pornography charges in 2002 but was acquitted in 2008. He has consistently denied any wrongdoing.