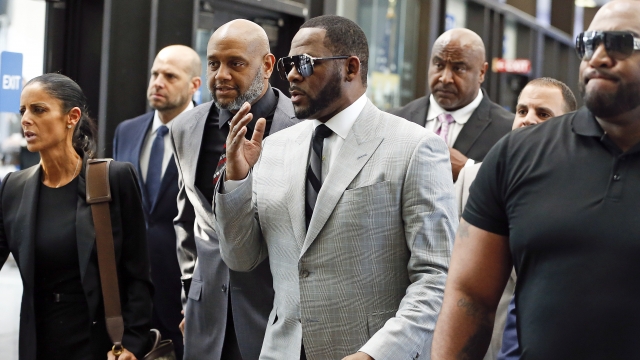 SMS
R. Kelly Pleads Not Guilty To Bribery Charge
By Katherine Biek
By Katherine Biek
December 19, 2019
Prosecutors say Kelly schemed with others to pay for a fake ID for an unidentified female on Aug. 30, 1994.
SHOW TRANSCRIPT

Federal prosecutors in Brooklyn allege Kelly schemed with others to obtain a fake ID for a female only identified as "Jane Doe #1" on Aug. 30, 1994.

The next day, Kelly married 15-year-old singer Aaliyah. Her age was falsely listed as 18 on their marriage license.

Prosecutors added the bribery charge against Kelly in a second superseding indictment earlier this month. They'd already charged him with other racketeering counts, as well as kidnapping, sexual exploitation of a child, forced labor and violating the federal Mann Act.

Kelly has been accused of sexual abuse and inappropriate encounters with minors several times over more than two decades. He was indicted on child pornography charges in 2002 but was acquitted in 2008. He has consistently denied any wrongdoing.