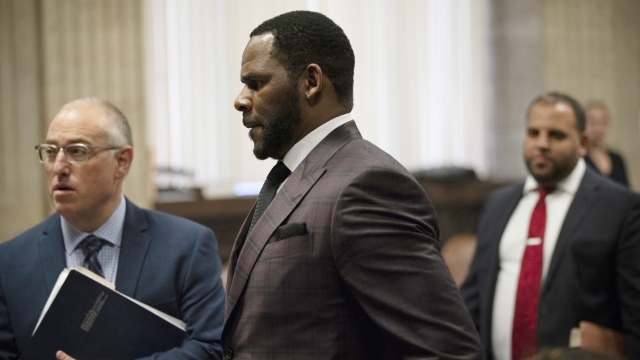 R&B singer Robert Kelly — better known as R. Kelly — has been charged with two counts of prostitution involving a person under 18 in Minnesota.

The Hennepin County Attorney's Office announced the charges Monday. Prosecutors say in 2001, Kelly invited a then-17-year-old girl to his Minneapolis hotel room after she asked him for an autograph. They say Kelly then offered her money to undress and dance for him. He also reportedly took off his clothes.

According to the criminal complaint, the woman — who was not identified — reported the incident to local police in January of this year.

Since Kelly's already in custody and facing three other sets of felony charges filed by state and federal prosecutors in Illinois and New York, authorities say it's unclear when exactly Kelly will show up in a Minnesota courtroom. He's pleaded not guilty to all charges filed before Monday, which include kidnapping, racketeering, possession of child pornography and aggravated criminal sexual abuse.

The singer has been accused of sexual abuse and inappropriate encounters with minors several times over more than two decades. He has consistently denied any wrongdoing.