These Girls Are Protesting Anti-Immigration Laws With A Quinceañera 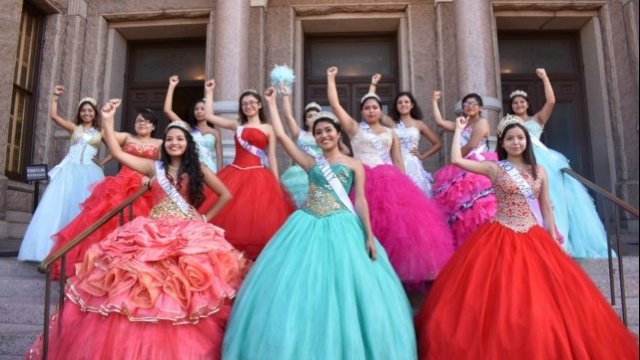 These girls are wearing quinceañera dresses — but not because anyone's turning 15.

Instead, these teens — part of the activist group Jolt Texas — are protesting in front of the Texas Capitol and "celebrating" their resistance to a controversial law that gives law enforcement more power to detain people perceived to be undocumented.

Senate Bill 4, or SB4, was introduced in response to sanctuary cities in Texas. The law was challenged in federal court but is still scheduled to take effect in September. One lawyer called it a "constitutional train wreck."

Under the bill, local officials who don't comply with immigration officers would be penalized with fines, job termination or even jail time. 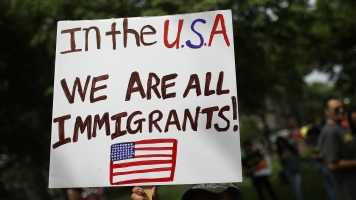 The ACLU Is Warning People About Traveling To Texas

Joining the Quinceañera protest was Texas Rep. Rafael Anchia, a Democrat, who referred to SB4 as a "papers please" bill in a state that is almost 40 percent Hispanic.

The protests ended with the bedazzled and glittery teens demanding accountability from the authors of the legislation.