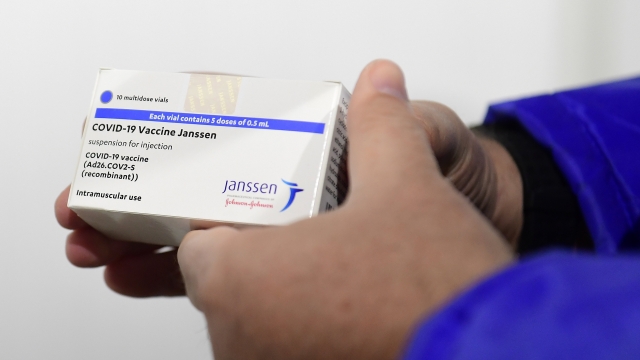 The CDC is recommending a pause on giving Johnson and Johnson's COVID-19 vaccine, but experts say you shouldn't let that freak you out too much.

The CDC is recommending a pause on giving Johnson and Johnson’s COVID-19 vaccines, but science experts say don’t let that overly freak you out.

Statistically, someone has a better chance of dying in a car crash than getting a blood clot from the J&J vaccine.

“I would not say do not get vaccinated just because of this very rare side effect," said Dr. Carlos Del Rio, executive associate dean at the Emory University School of Medicine.

Rare is the key here. Doctors I’ve spoken with today say it’s important to put the J&J numbers that we know right now into context. So far, at least six women, out of nearly 7 million people who have received the shots, had these clots.

"We've got 6 to 7 million doses and people without a significant uptrend in this clinical syndrome. They very likely have nothing to worry about," said Dr. Jim Neid, infectious disease specialist at The Medical Center of Aurora.

Medically, the concern is really the type of blood clot they had. The pause is so that doctors can make sure they’re looking for this in patients who may have had the J&J shot or let those who are considering it know the risks.

With the pause, experts are trying to figure out why. Right now, they only have speculation. The FDA’s theory right now of what’s causing these very rare instances is that after the J&J shot, the body is making extra platelets, the part of a blood cell that is responsible for clotting.

Here’s the science behind the vaccine: It uses biotechnology called a viral vector. The shot has a small amount of genetic material coded for the coronavirus, combined with a weakened version of a human common cold virus called adenovirus. That combination can enter cells but won’t replicate and make us sick.

Viral vector is the same technology used in the AstraZeneca vaccine, which isn’t approved in the U.S. and has also shown blood clots in rare cases. The cases right now are so few the CDC won’t say if all viral vector vaccines could cause the same extreme bad reaction.

And this is just a recommended pause, not a full stop, meaning that in some cases, patients can still get the J&J shot if they want to. It will come down to them having a conversation with their doctor. The experts say if you’re feeling nervous, wait a couple of days or see if you could get a Moderna or Pfizer shot instead.