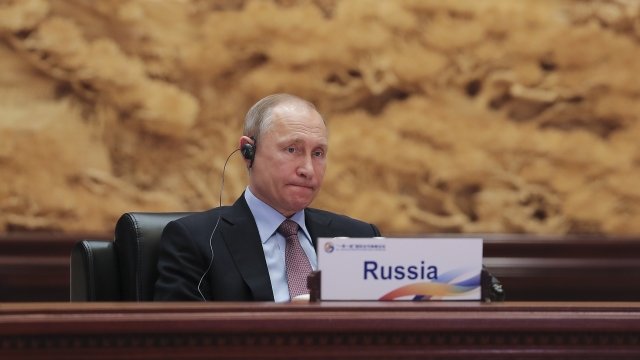 Russian President Vladimir Putin held an annual news conference Thursday, and he had some thoughts on U.S.-North Korea tensions.

Putin held an annual news conference Thursday and addressed a number of topics, including international relations with North Korea.

Putin called for de-escalation between the U.S. and the Hermit Kingdom, saying recent military drills by the U.S. aren't helping ease tension.

He also jabbed U.S. lawmakers for wanting Russian help with the North while also putting Russia on the "same shelf" as North Korea and Iran.

Tillerson: The US Will Talk With North Korea 'Without Precondition'

Rex Tillerson said the U.S. is willing to talk with North Korea — even if the country won't agree to give up its nuclear weapons program first.

Putin's comments come as North Korean leader Kim Jong-un issued yet another threat on Thursday. Kim said the U.S. is taking a "big step" toward nuclear war by seeking a possible naval blockade.

In November, Secretary of State Rex Tillerson mentioned the idea of a naval blockade that would stop any goods from being transferred to or from North Korea.