Putin Isn't Too Happy With The US Treasury List 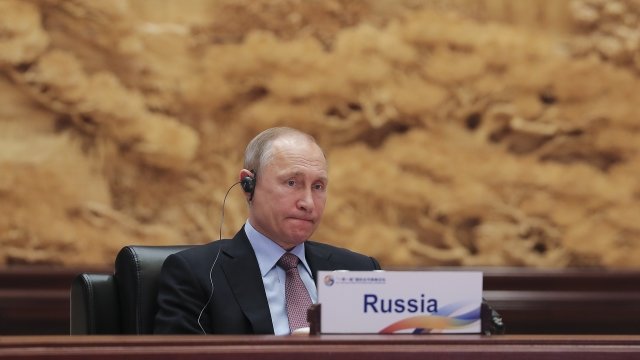 The U.S. Department of Treasury released its list of Russian political leaders and oligarchs late Monday, and Russia's president isn't taking it well.

The Associated Press reports Russian President Vladimir Putin said the list is a "hostile step" and it harms the relationship between Russia and the United States.

Newsy previously reported the Treasury's list includes 114 political figures and 96 oligarchs with a net worth of $1 billion or more.

Of the political figures listed in the report, 43 of them are members of Putin's administration and 30 of them are cabinet members.

The administration missed a Monday deadline to impose new sanctions on individuals doing business with Russian defense and intelligence sectors.

Russian sanctions legislation passed by Congress and signed by President Donald Trump required the Treasury Department to put out the list, but the department stressed it's not a sanctions list.

Russian officials have told multiple outlets the report is an attempt from the U.S. to interfere with the Russian presidential elections in March.

Putin is up for re-election, and his main opponent was barred from campaigning because of a prior embezzlement conviction.