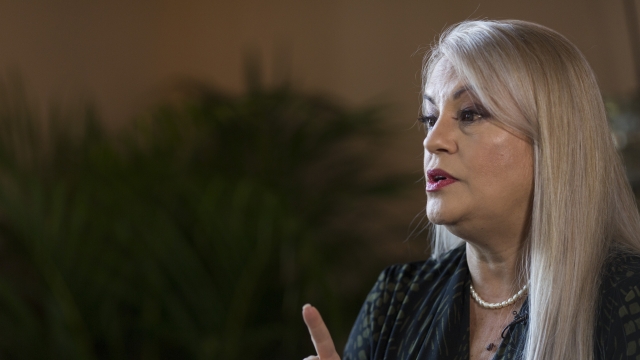 Gov. Wanda Vázquez announced Puerto Rico will hold a nonbinding referendum in November to decide whether the territory should become a U.S. state.

Even if the vote is in favor of statehood, the decision would require approval from Congress. Supporters of statehood have pointed to growing complaints over equal and fair treatment.

Puerto Rico has struggled to obtain federal aid amid a series of natural disasters including hurricanes, earthquakes and the global coronavirus pandemic.

Puerto Ricans are technically U.S. citizens, but they can't vote in federal elections. They're also exempt from federal income tax but still pay into Social Security, Medicare and local taxes, all while receiving less federal funding than U.S. states.

Gov. Vázquez said, "Our people will have the opportunity once and for all to define our futures. It's never too late to be treated as equals."

Prior referendums have typically presented multiple questions or options, but this is the first time it will directly ask voters, "Should Puerto Rico be admitted as a U.S. state?" But it's not clear what impact the vote would have: Congress has not acted on any of the island's previous five referendums.