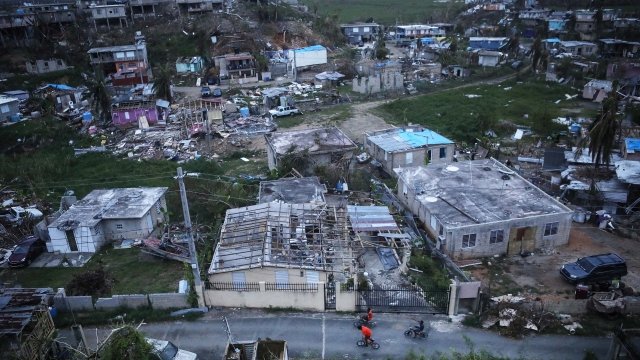 That information reportedly shows there were 1,427 more deaths in the last four months of 2017 than the average for that time frame over the previous four years. The hurricane made landfall on Puerto Rico on Sept. 20.

CNN and a local news organization sued the Puerto Rican government for the release of death records back in February after evidence suggested the death toll was much higher than officials reported. A judge ordered the government to release the records earlier this month.

The official death toll currently stands at 64. But a recent study from Harvard estimated the number of people who died following Hurricane Maria is more than 70 times higher than that count.

Puerto Rico's governor announced in February that George Washington University would help review the number of deaths associated with the hurricane. The university promised to release its initial findings sometime in May, but as of Wednesday morning that review had not been released.