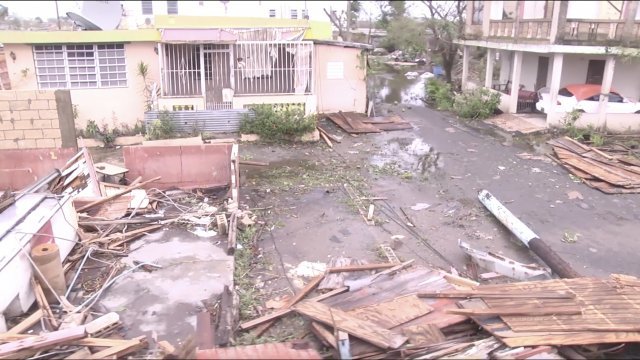 Puerto Rico is fighting itself to try and update the death toll from Hurricane Maria.

The island's Institute of Statistics filed a lawsuit against the heads of Puerto Rico's health department and demographic registry to demand updated numbers.

The Institute of Statistics is an independent agency in charge of maintaining official stats and data about the island. And it's trying to use the courts to force those two government agencies to turn over their data.

Officially, the government death toll is 64, but a study from Harvard estimates that number should be more than 4,600. And the researchers behind the study called their estimate conservative.

Puerto Rico's governor said the death toll should be "much, much higher," and that he wants to find out if data was withheld or just hard to come by.

"And our goal ... again is to make sure that everybody, everybody is accounted for, that all of the families have closure ... within this process," Gov. Ricardo Rosello said on CNN.