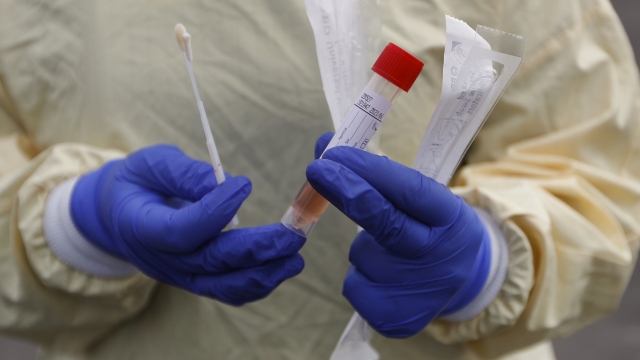 Years of budget cuts and staff losses are taking a toll on state and local health officials as they respond to the spread of the coronavirus.

"We're trying to do more with fewer dollars and fewer people, and yet the challenges seem bigger and bigger, especially when you look at something like a pandemic," said Adriane Casalotti, chief of government and public affairs at The National Association of County and City Health Officials. The organization represents nearly 3,000 local health departments across the country.

Your local health department is the health watchdog in your town, city or state. They are the ones identifying and tracking health hazards — like a virus.

State and local health budgets were hit hard by the Great Recession of 2008. But when the economy recovered, public health funding didn't.

Forty-nine states cut public health funding at least once in the five years after the recession started, but most states cut funding multiple times.

And federal dollars given to state and local health departments through the Public Health Emergency Preparedness, or PHEP, program has decreased from $940 million in 2003 to $675 million today.

The cuts are most noticeable in staffing — exactly what is needed now for tasks like testing people for the coronavirus.

"There's a health department that is in Colorado, and they don't really have that many permanent residents, but they have tons of vacationers, skiers and international visitors. And so their health department is only seven or eight people, and yet they already have a ton of cases," Casalotti said. "And so they've had to say, you know, 'We don't have the resources to do testing,' for example, 'because we really need all hands on deck towards this response of people who are more sick.'"

Fewer workers and the spread of the coronavirus mean other public health problems aren't getting addressed.

"We have hepatitis A outbreaks across the country that people aren't really talking about. And those are the types of things that continue even while we're working on coronavirus," Casalotti said.

Earlier this month, President Trump authorized an $8.3 billion spending bill in response to the coronavirus, $950 million of which will go to state and local health services.

But by the time the funds are dispersed, it may not be enough in the rapidly changing situation — a short-term fix for a longer-term problem.

"We expect that was a really important down payment, but we'll likely have to come back to that because the cost of this response is just astronomical and it really is reaching every corner of the country," Casalotti said. "And we've had health departments who say to us, 'You know, we can't look at the cost. We need to make the right choice for public health, and we'll figure it out later because we want to save people's lives.'"