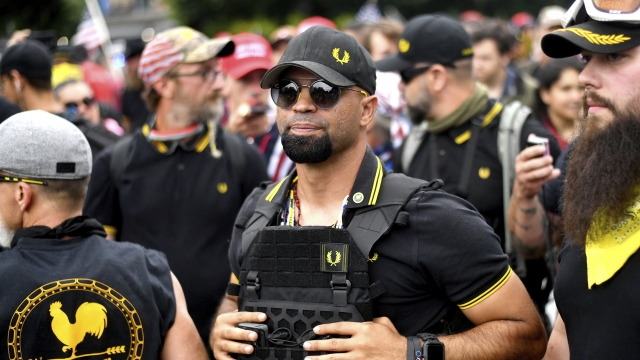 The leader of the Proud Boys has been arrested in Washington D.C. as the city prepares for protests ahead of Congress confirming President-elect Joe Biden's win.

Henry "Enrique" Tarrio is accused of taking down a Black Lives Matter sign from a historic Black church and burning it last month.

He's also facing weapons charges after officials found two firearm magazines on him when they arrested him.

The Anti-Defamation League describes the Proud Boys as a violent far-right extremist group.