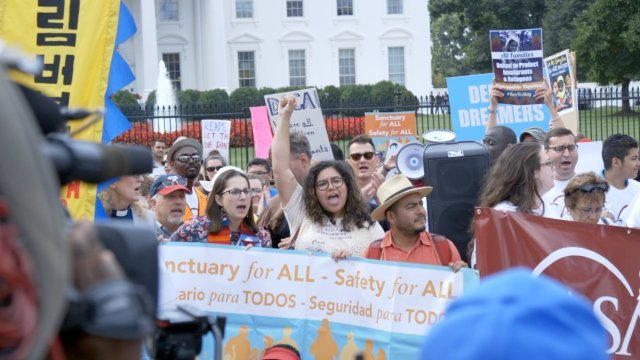 Hundreds protested at the White House on Tuesday after President Donald Trump ended DACA, which protects thousands of young immigrants from deportation.

Jaime Contreras, district chair of the SEIU labor union, spoke to the crowd.

"My dad brought me here in 1988 during a bloody civil war in El Salvador because he didn't want me to get killed," Contreras said. "This is about hate. This is about racism. Make no mistake." 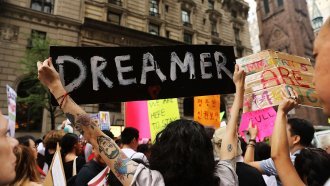 The Trump Administration Just Announced The End Of DACA

"I'm here for my students, my family, my friends and myself. I'm about to lose my DACA," said David Liendo, a teacher and DACA recipient.

"I was born in Mexico, came to the United States at the age of 15," said Carlos Arellano, another DACA recipient. "I'm a nursing student, class of 2018, about to graduate nine months from now. I'm here to defend DACA, because without DACA I won't be able to practice."

"They don't know any other country. They matter in the United States, and there are many reasons to be here for them. And for our families, I am here," said CASA Community Organizer Sara Ramirez.