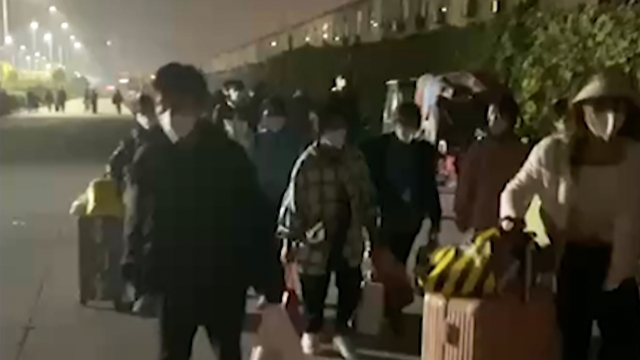 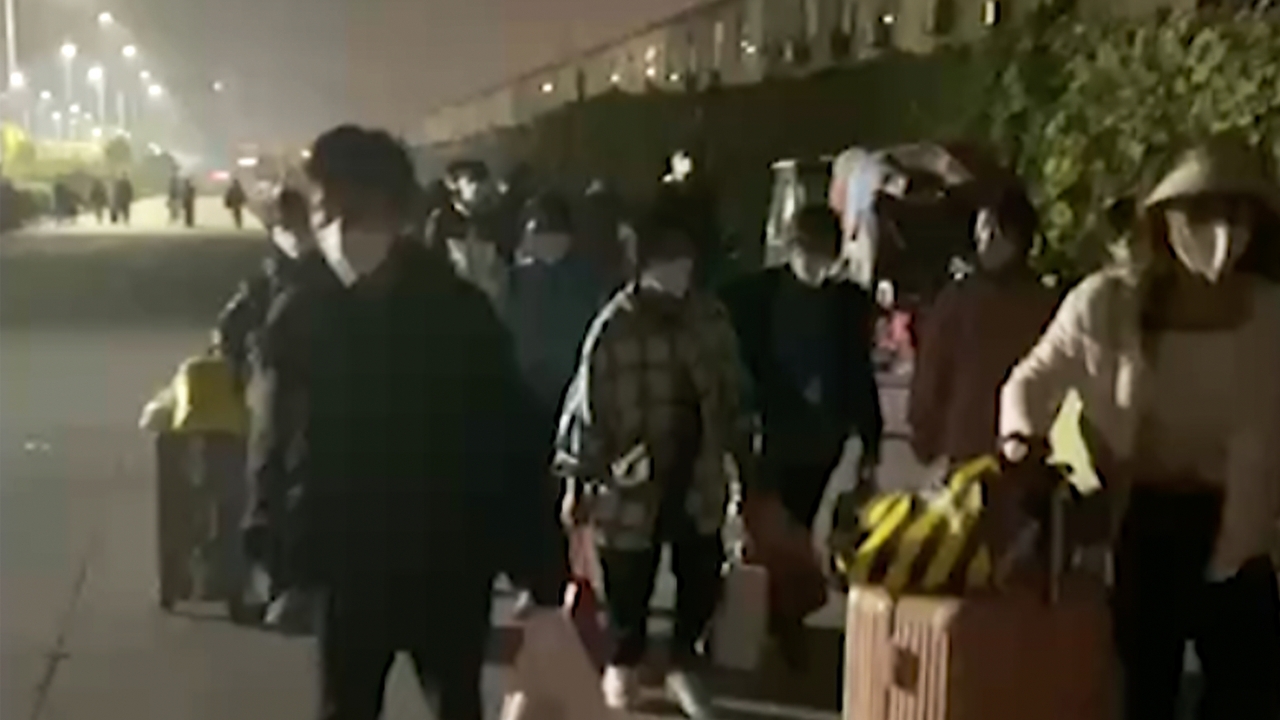 Police beat workers protesting conditions at the world's biggest factory for the Apple iPhone, whose latest model is delayed because anti-COVID measures crimp China's manufacturing of affordable high technology for the world.

Foxconn, a contract assembler that makes the global smartphone industry possible, didn't have enough workers to make the new iPhone 14. Around China, laborers are housed in "closed loops" of dorms isolated from the general population, making it harder to recruit the workers.

China has waged the future of the world's largest economy on contract manufacturing like Foxconn's. It's also betting on its ability to control COVID with some of the world's strictest anti-virus controls.

Those two wagers came into violent conflict Tuesday night in the central city of Zhengzhou.

To lure workers for the iPhone 14, which sells starting at $799 in the U.S., Foxconn announced enticements for Zhengzhou workers to come back, and to hire new ones. Li Sanshan, 28, said he quit a catering job when he saw an ad promising 25,000 yuan ($3,500) for two months of work.

Foxconn does not release pay figures, but that package would be a roughly 50% increase over the top end of the pay range for big employers in the area.

Workers traveled long distances to the factory, only to be told they had to work two additional months at lower pay to receive the 25,000 yuan, Li said.

"Foxconn released very tempting recruiting offers, and workers from all parts of the country came, only to find they were being made fools of," he said. 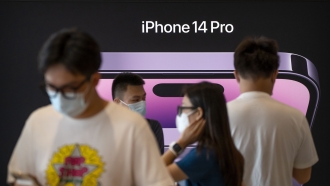 Videos that people who took them said were filmed at the factory in the central city of Zhengzhou showed thousands of people in masks facing rows of police in white protective suits with plastic riot shields. Police kicked and hit a protester with clubs after he grabbed a metal pole that had been used to strike him.

The protest lasted through Wednesday morning as thousands of workers gathered outside dormitories and confronted factory security workers, according to Li. Apple did not immediately respond to a request for comment.

A man who identified himself as the Communist Party secretary in charge of community services was shown in a video posted on the Sina Weibo social media platform urging protesters to withdraw. He assured them their demands would be met.

Frustration with restrictions in areas throughout China that have closed shops and offices and confined millions of people to their homes has boiled over into protests. Videos on social media show residents tearing down barricades set up to enforce neighborhood closures.

The ruling Communist Party promised this month to try to reduce disruptions by shortening quarantines and making other changes. But the party is sticking to a "zero-COVID" strategy that aims to isolate every case while other governments relax controls and try to live with the virus.

Foxconn, headquartered in New Taipei City, Taiwan, denied what it said were comments online that employees with the virus lived in dormitories at the Zhengzhou factory. It said facilities were disinfected and passed government checks before employees moved in.

"Regarding any violence, the company will continue to communicate with employees and the government to prevent similar incidents from happening again," the company statement said.

Protests have flared as the number and severity of outbreaks has risen across China, prompting authorities in areas including Beijing, the capital, to close neighborhoods and impose other restrictions that residents say go beyond what the national government allows.

More than 253,000 cases have been found in the past three weeks and the daily average is increasing, the government reported Tuesday. This week, authorities reported China's first COVID-19 deaths in six months.

On Wednesday, the government reported 28,883 cases found over the past 24 hours, including 26,242 with no symptoms. Henan province and Zhengzhou, the provincial capital, reported 851.

The government will enforce its anti-COVID policy while "resolutely overcoming the mindset of paralysis and laxity," said a spokesman for the National Health Commission, Mi Feng.

The city government of Guangzhou, the site of the biggest outbreaks, announced that it opened 19 temporary hospitals with a total of almost 70,000 beds for coronavirus patients. The city announced plans last week to build hospital and quarantine facilities for 250,000 people.

Apple Inc. has warned that deliveries of its new iPhone 14 model will be delayed due to anti-disease controls at the factory. The city government suspended access to an industrial zone that surrounds the factory, which Foxconn has said employs 200,000 people.