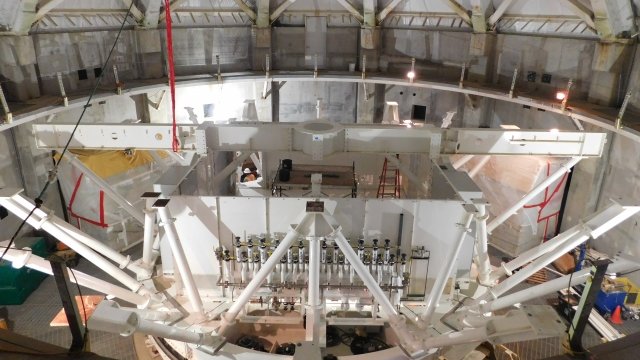 When it's finished in 2019, the $344 million Daniel K. Inouye Solar Telescope is expected to be the largest and most powerful of its kind.

It will study the sun's surface, corona and magnetic fields in detail. But for the telescope to work, builders had to haul a 3-ton mirror to the top of Haleakalā, a volcano in Hawaii that towers nearly 2 miles above sea level.

Trucks carrying the mirror up the summit stopped when about 200 people blocked the road. 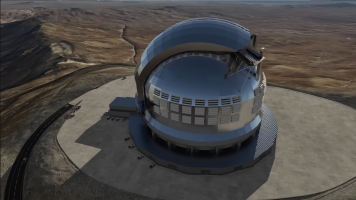 The World's Largest Optical Telescope Is Coming Together

The protest briefly stalled things, but police arrested six people to clear the road. The trucks made it to their destination.

Hawaiians have protested before to keep telescopes off sacred lands. In 2015, one group successfully derailed construction on the Thirty Meter Telescope. Officials say if they can't start building it by 2018, they'll move to another site.